From the mayor on down, Toronto's talking about litter as snow melts

A litter tax on smokers? Sheila White says 'no way'.

Sheila White keeps her elbows up in her discussion with feisty NewsTalk 1010 "Showgram" radio host Jim Richards about a national ad campaign that depicts a woman butting her cigarette on the steps of a school. Depictions of littering should be classified as offensive in advertising codes.

A big boost for litter prevention from CFRB Toronto NewsTalk 1010 on The Motts
Sheila White is a guest of Paul and Carol Mott, who agree wholeheartedly with her that littering is wrong. Hear what they have to say:

We're getting good press.  Read what influential newspapers are saying.

Radio has us on its radar too ... hear Sheila White tell it like it is on litter.
Listen to clips from Sheila's radio interview with Gary Doyle, AM570 Kitchener

Below, Jennifer Lewington, wrote this article for The Globe & Mail in 2005 and gives "the dirt on litter" featuring us. 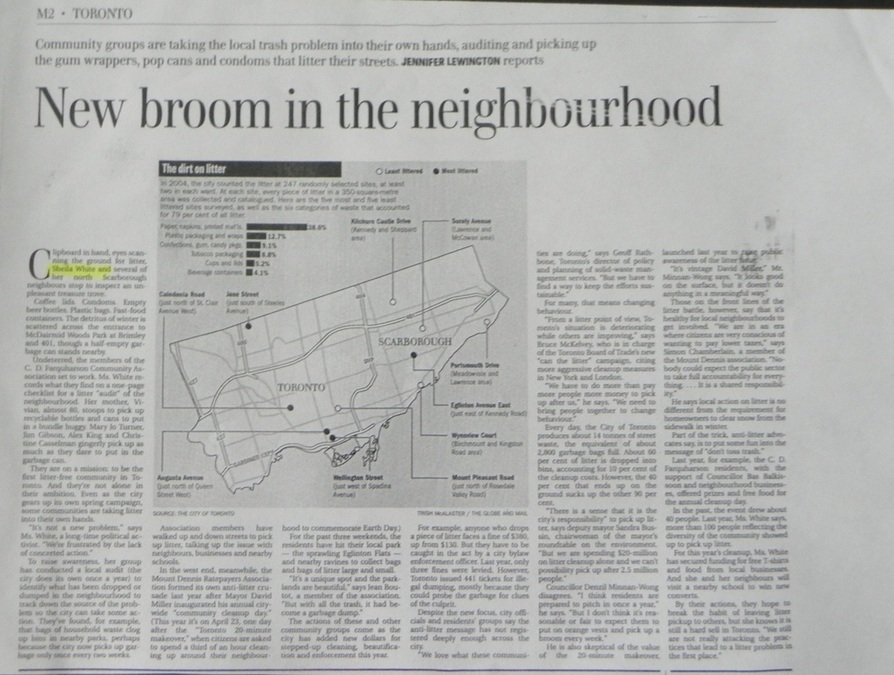